THE RETURN OF QUETZALCOATL 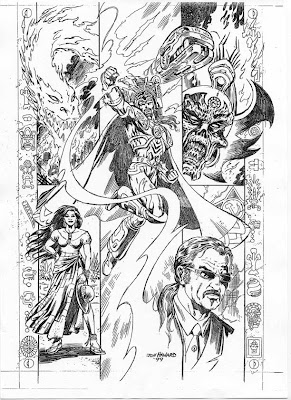 THE FEATHERED SERPENT was a project i worked on with Kevin Gunstone i drew this pin-up and 8 pages of strip art and we sent it to different publishers in the u.s and the u.k in 1999 but alas nothing happened ,which was a shame as the story was great basically Quetzalcoatl returns back to earth to save it from being destroyed by an awakened fire god bent on destroying the earth in fire and chaos.

Kevin was a great comic writer who now works as a D.J last i heard, he had a great passion for comics and art and it's a shame he's not writing mainstream comics , maybe one day he'll return.