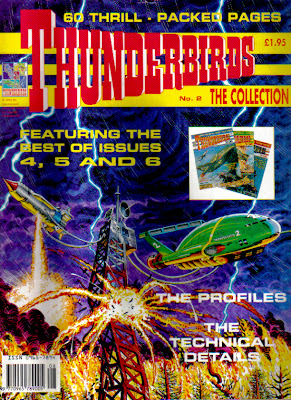 Way back in the early 90's i had the honour working for Alan Fennell who was the founder and original editor of the magazine TV Century 21, he also edited Look -in and wrote episodes of the tv shows Thunderbirds, Stingray and Fireball Xl5.

I worked on the Fleetway Editions ltd comic Thunderbirds the comic ,i only drew two strips and some covers for Holiday Special and Thunderbirds collected strips books plus underwater creatures spreads for Stingray the comic but i enjoyed all the work due to being a fan since childhood of Gerry Anderson's TV puppet shows which where all done in Supermarionation.

here's one of my favourite pages which my brother owns i drew it on cs10 board with inks just like my comic book idol Frank Bellamy big mistake as the surface of the board was shiny and smooth and the ink would take ages to dry , i found it very difficult to work on ,thus for a poster mag job i reverted back to using ordinary card and markers. 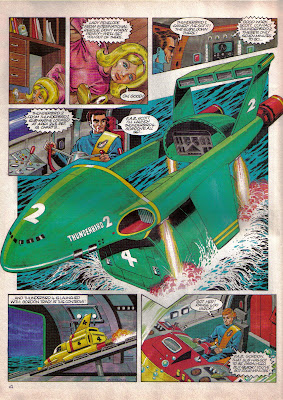