Superman sketch drawn yesterday when it would have been Christopher Reeves 60th birthday for a wee Belfast boy called James.
''UP UP AND AWAY!!!'' 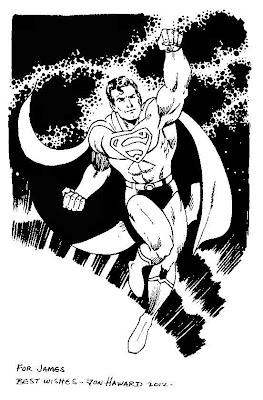 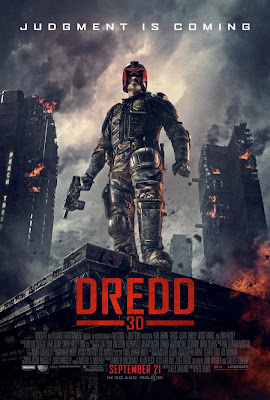 I watched Dredd 3d in Cardiff Vue cinema yesterday in Wales U.K , and i was one very happy art droid, to my mind it's THE best comic book adaption i've seen .

Karl Urban nailed it as Dredd Eastwood voice and all, Olivia Thirlby was perfect as Anderson.
Karl's version of Joe with the close up's reminded me of John M Burns version and Anderson reminded me of Arthur Ransom's version from the pages of 2000AD.
i had my doubts on

the trailer for Mega City 1 but once the film rolled it made sense to make the city look grim, gritty, crumbling and totally realistic it added why  the drug slo-mo was so popular with the citizens a escape from the hard dark reality living in a hell hole.

a big thanks to the film company for the thank you at the end credits for all the creatives who have worked on Dredd in the comics 2000AD and Judge Dredd Megazine, a nice touch also great to see the creators of Dredd John Wagner and Carlos Ezquerra have a big end creditat the end of the film.( carlos must have been happy with this movie)

so far it's had 100 % rating from the critics and 81% rating from joe public
so fingers crossed when it hits the states it will get the numbers for a sequel.
Posted by jon haward at 09:59 No comments: