Drew these the last two days with a stinky cold as well , for Captain America i used a new brush pen liked the effect and will keep using it for retro art
so here's a couple of Spidey's , Logan and Phoenix and the best Avenger of all Cap 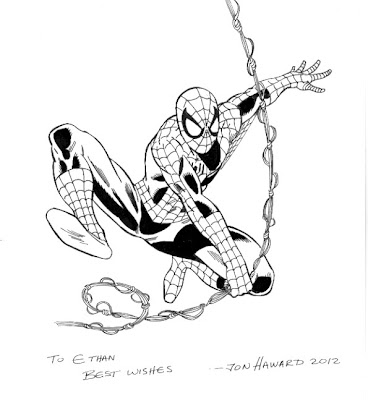 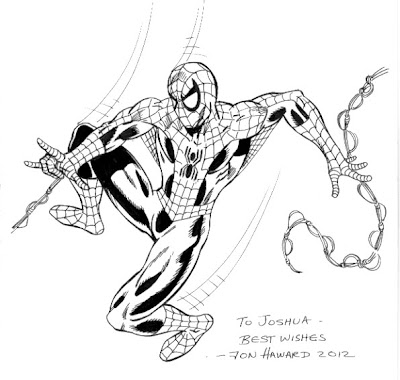 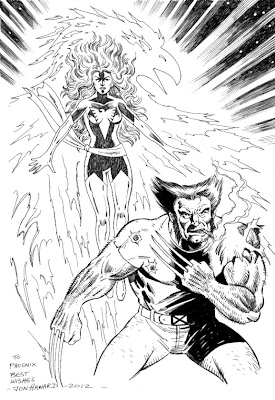 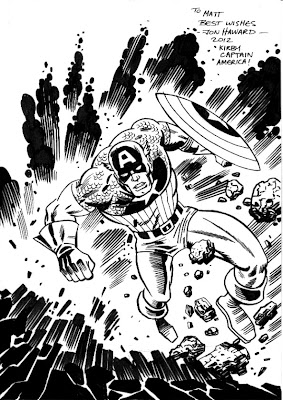 all characters copyright Marvel /Disney 2012
Posted by jon haward at 15:36 No comments:

on Tim Perkins blog he's started his blog on last year's wonderful Malta Comic Con ,one of the best weeks of my life wizards-keep.blog

currently reviewing coloured Buddha pages for the collection, TALES OF THE BUDDHA BEFORE HE BECAME ENLIGHTENED , also still art directing Hamlet for Classical Comics, drawing a Slaine cover for Zarjaz so far the reception for my Slaine art has been very positive.

A BIG THANK YOU viewers my blogs count now is nearlly 86,000 hits amazing. 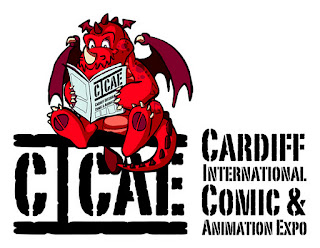 i'll be there sketching and signing Saturday and Sunday plus for sale prints and original art plus im on a panel noon on the Sunday looking forward to this convention as it's my first for my 25th anniversary in comics so come along and celebrate with me .
Posted by jon haward at 07:15 No comments:

Sadly another artist i liked growing up has just passed away the great John Severin ,

superhero action, westerns, war , humour and caricature John was a master of them all.
he has left us with wonderful memories and great entertainment thanks John. 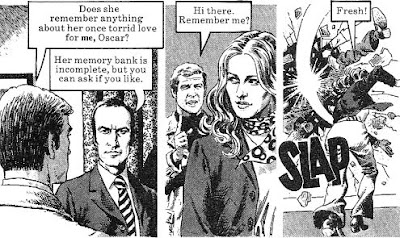 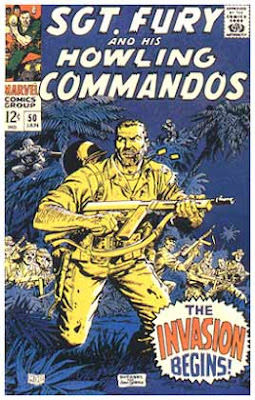 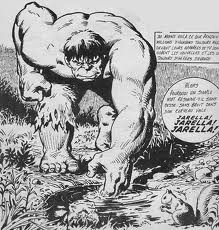 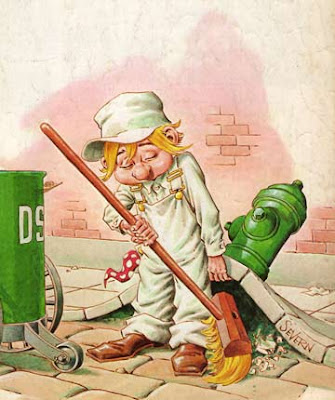 Currently drawing the cover for Zarjaz with Slaine featured on it , really enjoyed this story written by Richmond Clements "Night Moves" as it features Slaine and Ukko fighting Vampires.

I can't show full pages until the story is published but here's a selection of a few of my favourite panels , and as you can see i had alot of fun drawing this as you'll get to see my version of Slaine.

I hope Pat Mills Tharg and the readers of 2000AD and Zarjaz enjoy my efforts. 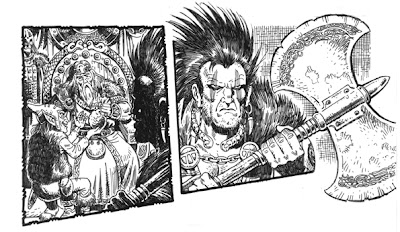 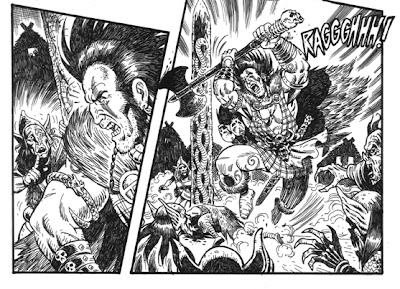 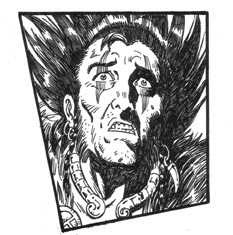 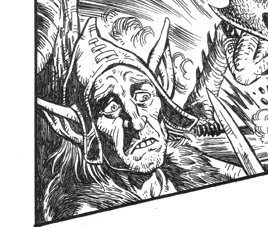 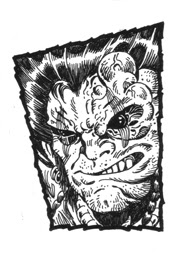 A great U.K comic artist passed away at the weekend Mike White.
A solid professional who worked on loads of British titles downthetubes.net and Mike Perkins and Lew Stringer have all written wonderful tributes to Mike, i grew up looking at his comic strips , i always admired his draftmanship, his style .

Mike had the knack to draw anything and draw it well be it trucks, horses, football players, army commandos he could do it all.

in the 90's we both had the same Agent at Temple Rogers Agency the wonderful Pat Kelleher and i used to phone Mike and chat about Sonic the comic and other work Mike one time illustrated The Bible and he painted wonderful images for it.

Mike drew and coloured the wonderful Golden Axe for Sonic the comic while i drew Shinobi master ninja , he was always relaxed and plesent to talk too, he just saw his job as a way to pay the bills and never took himself seriously he was a humble guy well to me anyway , he has left wonderful work which i'm sure will be always remembered be it via Sonic the comic , Roy of the Rovers, 2000ad, Action, Commando so many titles the list goes on and on he entertained thousands and thousands of kids ,several generations i for one won't forget him
all the best Mike and thanks for all the entertainment. 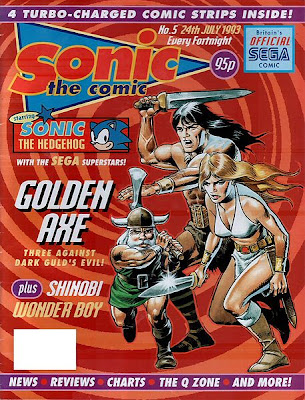 a great cover by Mike White for Sonic the Comic Sega /Fleetway editions
Posted by jon haward at 06:04 No comments: 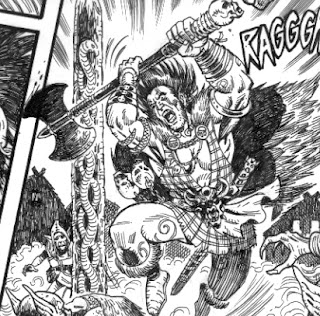 down the tubes mini interview with me
Posted by jon haward at 05:29 No comments: