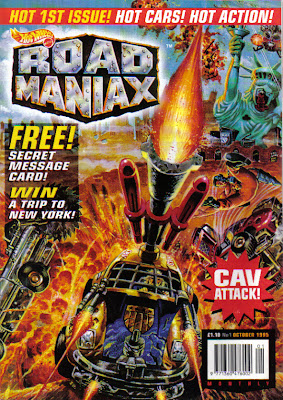 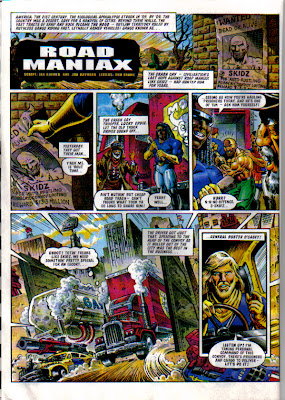 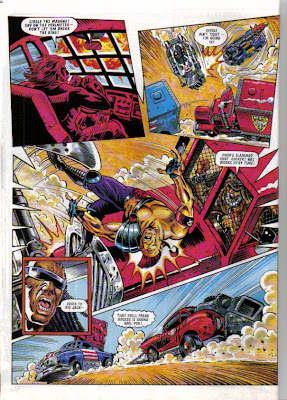 Another trip in the past this time to 1995, This comic only lasted two issues it was produced to promote a new toy line from Mattel Hotwheels ROAD MANIAX a kind of kid friendly Mad Max set in the U.S , i painted both covers plus drew and coloured some comic strips and cutaway illustrations of the Crash Cave Liberty Base in issue 1 and a baddie car in issue 2 , i enjoyed the work although the deadlines where tight.
the comic was published by Fleetway Editions for sale in newsagents

other artists who worked on the title
PETER RICHARDSON
(STREETS OF RAGE SONIC THE COMIC) http://peter-richardson-illustration.com/
and BARRIE MITCHELL http://lambiek.net/artists/m/mitchell_barrie.htm
(CAPTAIN SCARLET, ROY OF THE ROVERS)