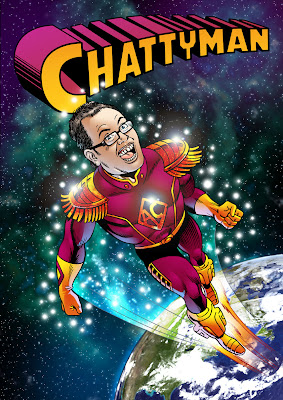 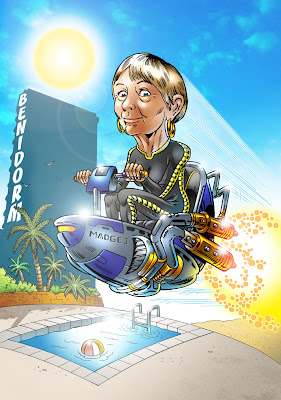 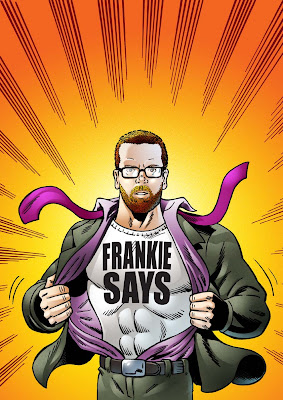 The Jonathan Ross pictures where my samples to get a job illustrating portraits for the set design for the 20th British Comedy Awards 2009 for ITV1, i was asked by the Production Designer Simon Kimmel to draw Mr Ross looking like a superhero, the producers of the show liked my samples so i was given a contract to work on the show

in the end only 3 got completed and used for the final set design they where Alan Carr ,Sheila Reid and Frankie Boyle they where coloured by my good friend Nigel Dobbyn.