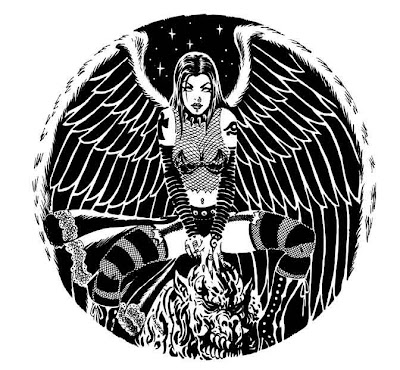 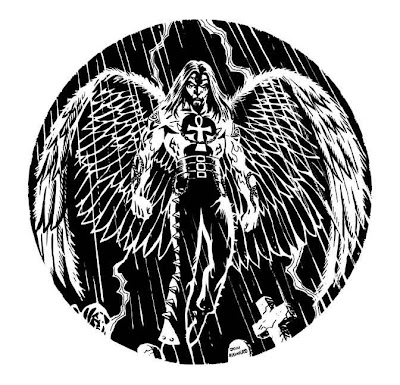 Jericho and Jezebel where designed for plates for a local company in the U.K sadly the project never happened due to lack of funds for marketing and packaging some prototypes where produced but not sold ,I've always like the idea of Angels and i love the style of Frank Miller's Sin City so i decided i would draw some Goth like characters in that style be interested to see if they could be used for other media.